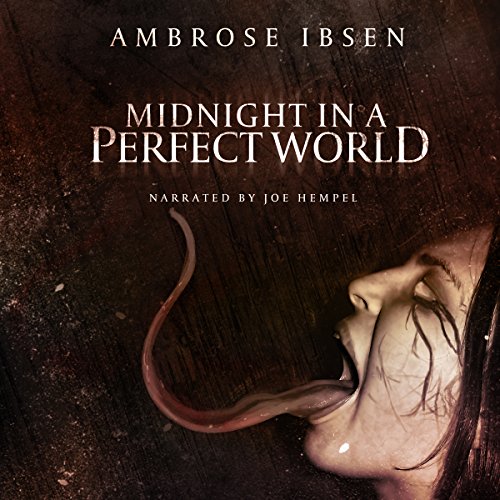 Midnight In a Perfect World

A mysterious suicide. Horrific specters walking the streets. A drug that promises to change the world. An apocalyptic cult.

Something is stirring in the city of Duluth, Minnesota. Ever since a celebrated researcher announced the creation of a new experimental drug - a drug with the potential to cure the mind of countless ills - people have been disappearing. When a grad student involved with the drug's development unexpectedly commits suicide, a private detective is tasked with unearthing the details of her tumultuous final days.

This miracle drug may not be what it seems. Others touched by the drug begin to see things - horrible things - and find themselves transported into a nightmarish world where an ancient evil stirs.

Those who taste the drug are left spiraling into horror. Dark figures tail them on the street, and the scenery of their nightmares begins to encroach upon waking life, blurring the lines between dreams and reality. Their terrifying experiences make up the individual fragments of a dire mosaic. As the pieces fall into place, they come to realize the unspeakable horrors that await all of mankind.

Midnight is looming, and the sun may never rise again over the city of Duluth.