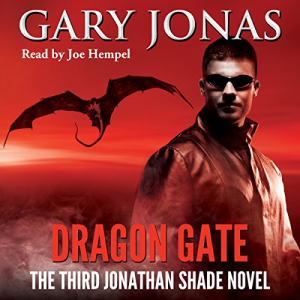 Stephen Noble, a board member of Dragon Gate Industries (DGI), is decapitated. DGI, a front company for wizards, decides to provide executive protection services for Noble's son, Graham, and daughter, Rayna. But Graham doesn't trust wizards and refuses their offer, so DGI hires Jonathan Shade and his team to keep the Noble family safe.

The Nobles are from the other side of the Dragon Gate, and in that dimension, they committed crimes against the Marshall Clan. And now the Clan has come through the Gate to exact their revenge. While Graham and Rayna were too young to have been a part of the death and mayhem in the other land, honor dictates that they must pay for the crimes of their family.

How can Jonathan protect clients who are willing to kneel and accept death at any moment? How can he and his team handle thirteen deadly warriors willing to die to accomplish their goal? And how can Jonathan defeat the deadly creatures the Marshall Clan has brought with them to our world? Creatures that will destroy anything in their path as they hunt their prey.