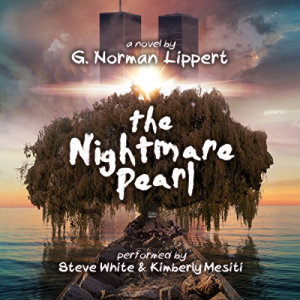 Sometimes the dead come back. Whether that's a blessing or a curse is entirely a matter of perspective.

David is a 12-year-old boy in 1976 when he first discovers Rebecca Anne, the young black girl living in the abandoned culvert by the bay. Captivated first by her, and then her harrowing story of murder and ghostly revenge, he joins her in unearthing the secrets of her past.

Sheila is a young wife new to Manhattan when the Twin Towers come down, apparently taking her husband with them. And yet she insists that he is not dead, only missing. As the months go by, her stubborn hope wanes, leaving her to confront an even older loss, a decades-old emotional scar that will no longer stay buried.

Two stories, perfectly intertwined across the decades. Two people awaiting the return of the dead, one with morbid terror, the other with dwindling hope.

And in the end, both tales culminate in one kiss between life and death, secret and hidden beneath the canopy of the weeping willow, and the breeze of the bay, and the embalming black shroud of the Nightmare Pearl.