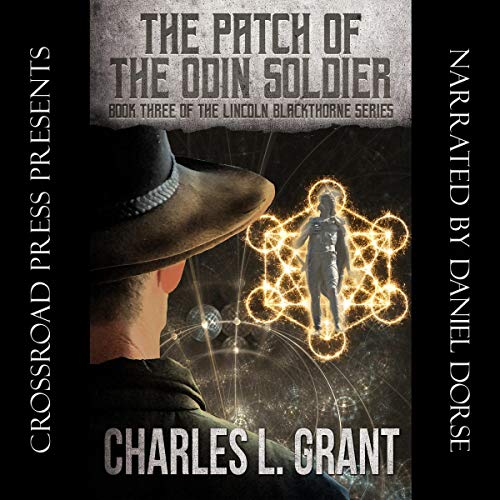 The Patch of the Odin Soldier

The Patch of the Odin Soldier marks the return to action of the intrepid and irrepressible Lincoln Blackthorne. Rambo, Woody Allen, and Indiana Jones all rolled into one, he’s a reluctant adventurer and soldier of fortune who masquerades as a mild-mannered New Jersey tailor. Although he’d rather be home taking the measure of a new suit, there’s always some new high-tech, high-powered criminal ready to take measure of him.

Lincoln’s latest adventure takes him from the green mountains of Maine to the white shores of Hawaii in search of the Odin Soldier, an ancient Viking statuette. The small wooden figure is the source of miraculous supernatural power, and if it falls into the wrong hands, it could lead to an age of destruction and dictatorship on a global scale. The wrong hands belong to one Florenz Cull, a white-haired, one-eyed, seven-foot giant, whom Lincoln has killed once already, but who keeps coming back for more. Cull has devised a diabolical plan to seize the statue and turn the world into a vast empire under his control. All Blackthorne has to do is stop him...

Whether he’s cruising at nine thousand feet in a pilotless plane filled with poison, risking his hide in a red-hot bath of lava, or taking his chances with a red-haired seductress, it’s all in a day’s work for the misfit spy and master tailor out to sew up this case - before it unravels him. If you have an eye for fun, fantasy, and futuristic firepower, Lincoln Blackthorne is the man to watch.