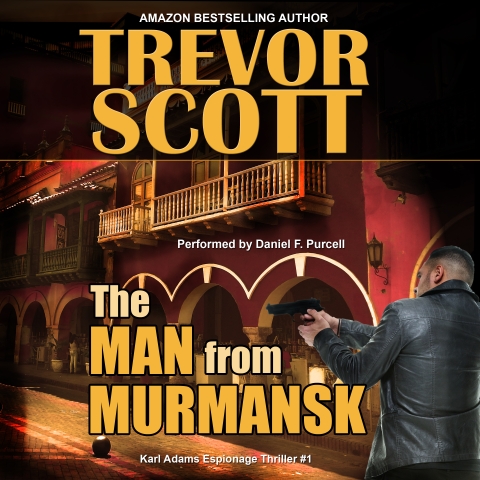 The Man From Murmansk

Karl Adams is a new CIA officer undercover and immersed in Murmansk, Russia, as a Spanish graduate student at the local university. On a cold February night, while flying a drone, he takes video of a missile on a transporter erector launcher being loaded aboard a merchant ship. This could be a violation of the 1987 Intermediate-range Nuclear Forces (INF) Treaty signed by Reagan and Gorbachev.

Karl is recalled to America, but not for long. The Agency wants him to continue with his mission, which brings him to a tumultuous South American country. As the US Navy tracks the Russian ship across the Atlantic, it soon becomes clear that a new Cold War could turn hot, bringing the two superpowers to the brink of war. With Karl being the son of legendary CIA officers Jake Adams and Toni Contardo, he definitely has the DNA to complete this mission. But in the cat and mouse spy game, nobody is safe.