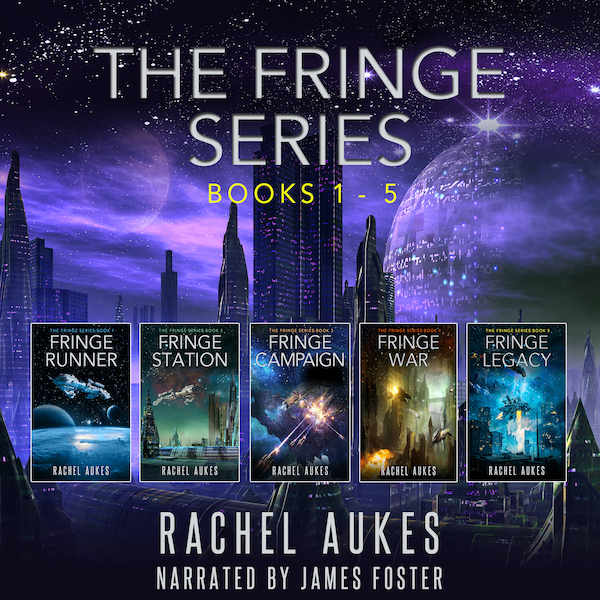 The complete Fringe Series is now available in a convenient audio bundle! Featuring galactic conspiracies, epic interstellar missions, and three rebel captains at the front of an interplanetary war, this explosive collection includes all five novels.

War looms on the horizon…
After the colonization of Mars and Europa, it took us fewer than five generations to reach beyond our solar system and discover new planets capable of supporting human life. Too far away to be governed under Earth law, the Collective was formed. Several hundred years later, the Collective has expanded to a system of six worlds. Power struggles and unequal rights have made interplanetary war all but inevitable. With rebellions arising across the Collective, three captains launch near-suicidal missions to free the oppressed fringe and reset equality across the stars.

A galactic war is coming, and only an arthritic mail runner and a space pirate can stop it.