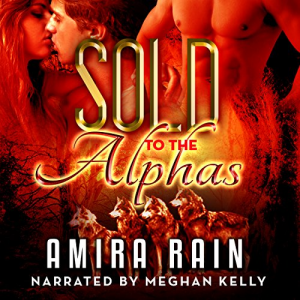 Sold to the Alphas

In a world where fertile woman are bought and sold by those wishing to reproduce, Rowan Evans is about to watch as her sister is to be sold to a pair of Alpha wolves, Chase and Grayson. After their packs were decimated they joined forces and now form a dual Alphaship of one large pack, however they need to reproduce and soon.

Only thing is, Rowan does not want this happen since she believes that all werewolves are evil with bad intentions. So she takes action. Despite being infertile herself, Rowan switches the documents and takes the place of her sister.

Now it is she who is going to be sold.

However, Rowan had no idea that being sold to Alphas would actually be much more enjoyable then she ever thought it would be. Several nights of passion with the handsome men are enough for her to realize she might have got it all wrong after all.

How will the Alphas react when they realize they have been sold an infertile woman? Could Rowan become the first woman to be sold and then returned? Or could her fate be worse?