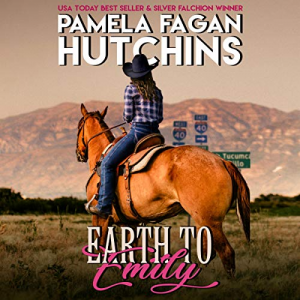 Paralegal and former rodeo queen Emily only wants two little things. The first is to adopt Betsy - the girl who has stolen her heart but could be deported to Mexico at any time. The other is a second chance with her boss Jack, a smolderingly hot and mysterious criminal defense attorney in Amarillo who runs his family's horse ranch in New Mexico on the side.

But before Emily can dare to hope for either (or both), the obstacles between them and her mount: two runaway teenagers, an aging exotic dancer, and a dead trucker torpedo a dinner with Jack. She and Jack catch their client - who's charged with assaulting an officer - selling stolen goods. And to top it all off, Betsy's zealously religious and overly protective foster parents sic some questionable cops on Emily to destroy her reputation.

Emily just wants to silence all the noise and focus on her priorities: Betsy and Jack. But then the phone rings. It's the two runaways, with an enormous secret and a desperate plea for help. They convince Emily that she's the only one they can trust, forcing her into a horrible choice: risking the lives of these two teens, or jeopardizing her own chance at a life with the two people she cares about most.