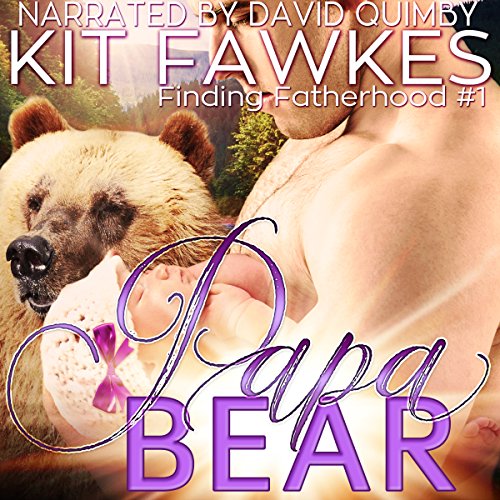 In the Finding Fatherhood series, these shifters become daddies in unconventional ways.

US Marshal and bear-shifter Lucas Anderson failed to protect his pregnant witness, so when she asks him to adopt her daughter as her dying wish, he can't refuse. Angel is a sweet baby, and he soon feels like Papa Bear, and maybe she'll be the key to help him wear down his mate's resistance.

Libby has shut him down for months, and he knows they belong together, but she won't give him a chance to prove it. Can the stubborn bear and his baby win her over to their ready made family? Can he keep his mate and child safe when the cartel that killed his witness comes after him, putting all three in danger?