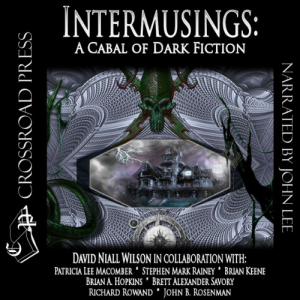 These stories represent decades of collaboration between author David Niall Wilson and a wide array of talented authors. All have been professionally published - some have been reprinted and collected. All are the result of two muses meeting on paper. Meet a modern day Don Quixote, fighting Y2K bug nightmares, and striving to save the woman of his dreams. Learn how Edgar Allen Poe might have found his tales. Face off on a lonely mountaintop with Lovecraftian nightmares. Join a young man in a ghostly race to save a relative from cancer. Follow a cross-wired detective in his hunt for a lycanthropic killer bent on ending every serial killer she encounters. See what might happen when two minds fall into "balance".

What if Dr. Watson was the client...and someone who was dead - was not quite there? Visit a science-fiction future where artists capture images in crystals. What if government control over sex and reproduction got out of control? Listen as a piano man drops back into the nightmares of his past. Finally - a sailor on his way home finds a place even farther away than he ever dreamed.

These are the tales of Intermusings - previously published as Joined at the Muse. This new audio edition includes an Introduction by David Niall Wilson on the art of collaboration, and a sneak preview of the first chapter of the collaborative novel Hallowed Ground by Steven Savile & David Niall Wilson.