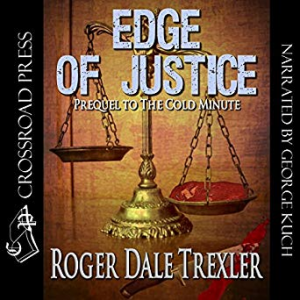 Prequel to The Cold Minute

Frank Powell wasn't always Chicago's finest detective. Before him, his father, Richard Powell, ruled the streets. Back then, Frank was a rebellious teenager, hanging out with the wrong people and doing the wrong things. One of those people was Guy Rodriguez, leader of the meanest street gang in Chicago... and Frank was falling in love with his girl.

Richard Powell had enough problems of his own. A vicious killer known to the press as The Cannibal was chopping up young women. Having to deal with a drunken teenager was the last thing he needed. But, when a young man named Tommy VanOtten is arrested for the crimes, things take an interesting twist. His lawyer, Robert Sinclair, had a secret of his own. He was The Cannibal and, by a strange twist of fate, he was given the job of representing the innocent young man accused of his crime.

Soon, father and son would come to an understanding... but it would be too late for either of them. For the wheels of destinies would bring the paths of two murderers together. Blood would be shed and the Powells were caught in the middle. Death would follow.