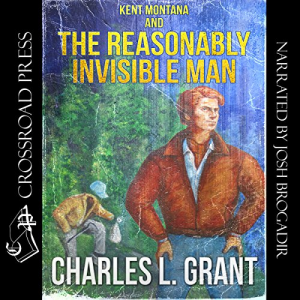 He's out of sight...and out of his mind!

Don't look now, but a mad scientist has discovered the secret of (temporary) invisibility. He's not planning to sneak into the movies, either. He's mad, remember? He wants...revenge!

It doesn't take a genius to see right through the faded fiend's transparent scheme: a festival of murder, destruction, and cheap practical jokes.

But only one man can clean those unsightly stains on the fabric of society....