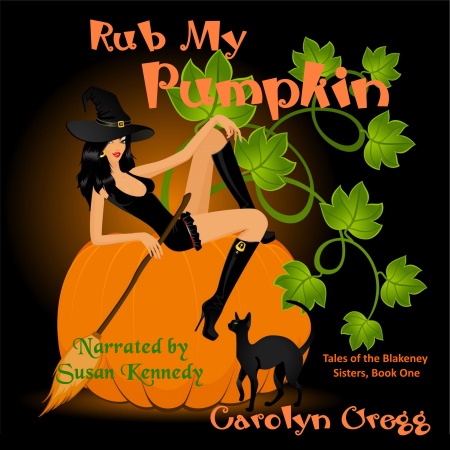 Once upon a time, there lived a man with five rambunctious daughters. They were an average American farming family except for one minor detail. The man was a warlock, and all of his daughters were witchlets—half witch and half human.

Rick Carr and his friend Booey come to Toppers Cove seeking employment at the seafood plant. For Rick, it is a chance to try and re-establish roots on the eastern coast, plus he hopes he can make a life out here.

He never expects to meet someone like Kimberly Blakeney. One glance, and he knows he's fallen in love, until he discovers she's a witch. A real witch. But despite that revelation, his feelings don’t change.

The only problem is, before he can sweep her off her feet, he first has to pass what she calls a "sex hex test" to prove they are meant to be together. Rick doesn’t mind, but what he doesn’t realize is that his best friend isn’t about let him fall under her spell...even if it means taking drastic measures.