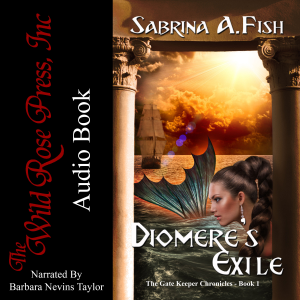 Once there were two worlds connected by five magical gates. Then the gate keepers closed the gates and disappeared. The gate keepers have returned. Nadia de Quinones was exiled when her nephew, the crown-prince was abducted on her watch. She'll let nothing stand in the way of her redemption, not even discovering her heart bonded and a connection to an ancient magical gate.

Lord Gregor Cyrene is sworn to protect his country's royal heirs. After the youngest prince's life is threatened, Gregor sets out to discover who is responsible and suspects the answer lies with Nadia. When fate forces their competing goals to align, neither are prepared for the irresistible attraction between them.

Can they see beyond their pasts and a millennia old hate between their people? Or will they continue to distrust, allowing those plotting against them to win?