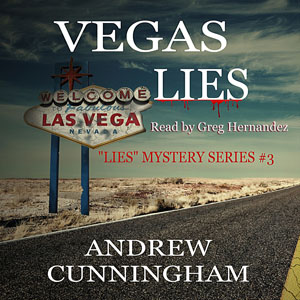 Five teenage girls from a small town in Oregon disappear without a trace.

Were they kidnapped, or have the five friends perpetrated a massive hoax? Nine hundred miles away, in Las Vegas, a woman with a dark secret vanishes on her way to meet friends for dinner.

Those friends are Del Honeycutt and best-selling mystery author Sabrina Spencer in Las Vegas for a book convention. As Del and Sabrina investigate their friend's disappearance, they are convinced that she has been abducted, and they begin to uncover the secrets that might have triggered her abduction - secrets that now put Del and Sabrina's lives in jeopardy.

When clues indicate that the five missing girls might also be in Las Vegas, the situation takes a new turn, directly into the unthinkable.

Once again, Del and Sabrina find themselves in deep trouble and marked for death, and they only have a few hours to solve the case, or their friend and the five young girls will be gone forever.