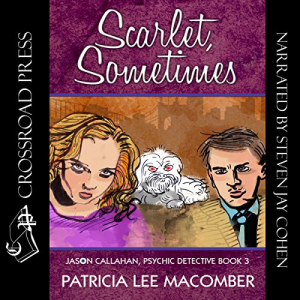 Scarlet Mitchell wakes up on the floor of her boss's apartment. Her boss is dead and to make matters worse, Scarlet is holding the bloodied murder weapon. With no recollection of the previous night whatsoever, Scarlet turns to the only person who can find the answers she needs: Jason Callahan. Together with Trina Dane, local psychic and columnist for the city newspaper, they begin to dig into Scarlet's past. Things in Trina's world are never what they seem and when they finally get at the real truth, it's much worse than simple murder. As always, the best laid plans go awry. In spite of rogue demons, possession and a trip to the hell dimension, Jason and Trina manage to solve the case, but not before they unleash hell on Earth. And as always, hilarity ensues.