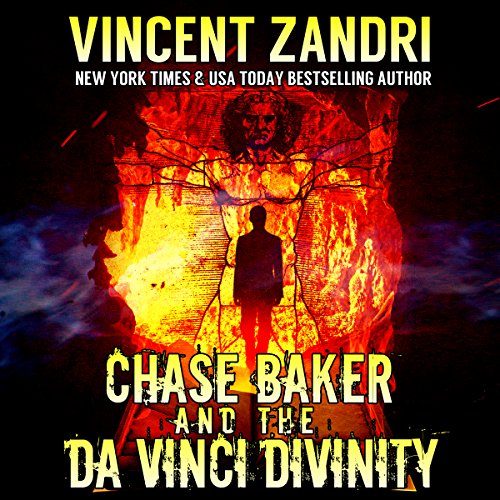 Chase Baker, Renaissance man and adventurer is back. When a flirtatious, beautiful young woman by the name of Andrea Gallo claims to be a fan of his pulp novels, Chase can't resist reciprocating in the lusty attraction. But that night, while the two enjoy a romantic evening of wine and love in his Florence apartment, he is suddenly kidnapped from his bed by two thugs who turn out not only to be working for Great Britain's infamous MI-16, but also working side-by-side with Gallo. Duped once again, Chase wants to bid his newfound romance a quick "arrivederci" and be on his way. But when they tell him they desperately need his help to uncover a legendary cave in the Northern Italian forest before a team of Russian and Iranian hardliners do, he feels compelled to help out, regardless of their rather unsound method of capturing his attention.

But what's so special about the cave?

It's said to be the very same cave that Leonardo da Vinci discovered as a young man back in the mid-15th century, and where he not only learned the secrets behind his many inventions, including the airplane, but where he was exposed to the very meaning behind God's divine plan for mankind. Why is the MI-16 so desperate to uncover the cave before the bad guys do? Whoever discovers it first will possess the knowledge and the power to take over the world.