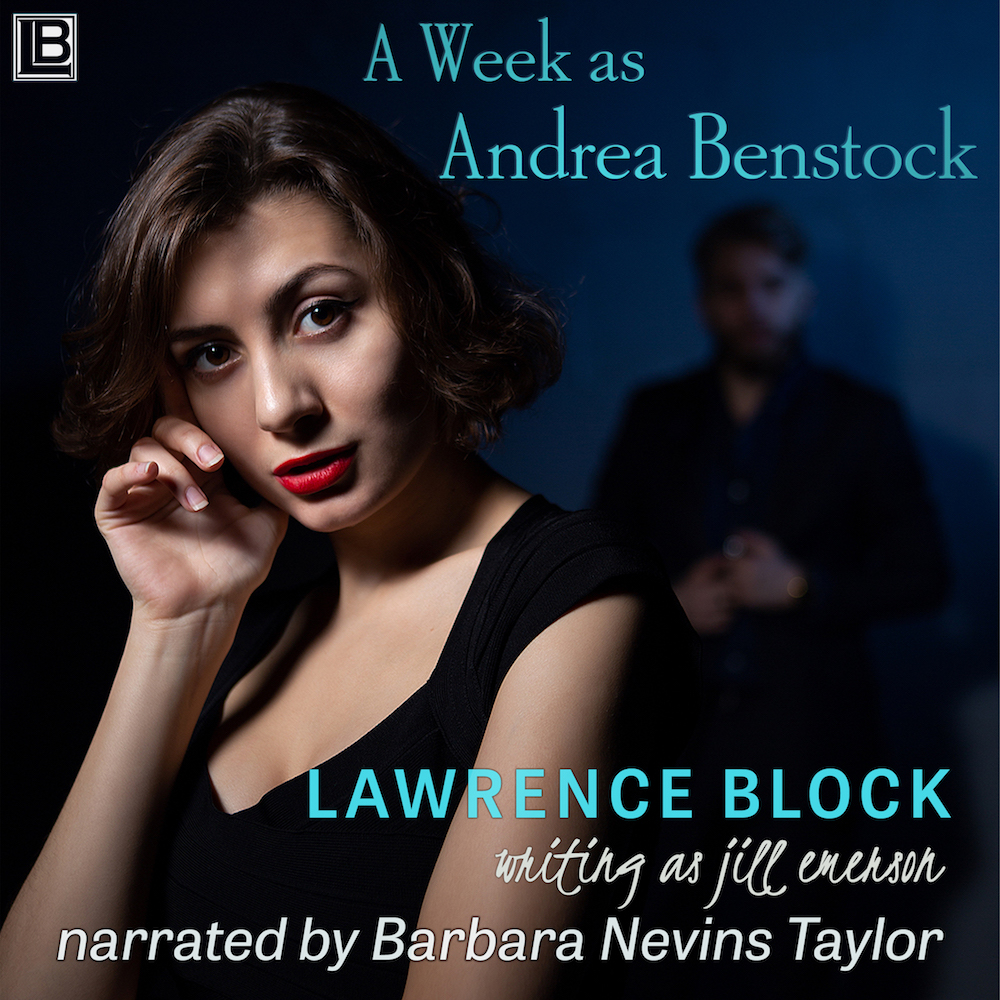 A Week as Andrea Benstock

I can trace the origin of A Week as Andrea Benstock to two distinct sources. The first inspired my attempting the book, while the second inspired its form. Let me consider the second first. In 1949, the Belgian author Georges Simenon published a novel called - well, who knows what he called it, but the English translation bore the title - Four Days in a Lifetime. I must have read it sometime in the late 1950s, because what I recall of the experience is that I was in my parents’ house on Starin Avenue at the time. Besides its title, all I remember of the book is its structure. It consisted of four parts, each taking place entirely within a single day of its protagonist’s life. And those four days were all you needed.

They gave you the full picture of the man’s existence...or, at least, all Simenon felt like giving you. I thought it was brilliant, and the device - if not the plot or characters - stayed in my mind. If Simenon gave me the structure of Andrea Benstock, a woman named Peggy Roth pointed me at the book’s subject matter and at the same time made me believe I was good enough to write it. Peggy was a highly-placed editor at Dell Publishing. My own editor there, Bill Grose, reported to her, and on one occasion in the early 1970s the three of us had lunch together. I’d written a batch of sex fact books for Dell, but at the time I don’t believe Dell had published any of my fiction. I don’t remember much about our lunch except that we all had a lot to drink. The conversation wandered all over the place, and at one point Peggy asked me who my favorite writer was. I replied (and would very likely still reply) that it was John O’Hara. “Oh, you’re a much better writer than he ever was,” Peggy Roth said. Now that could only have been the martinis talking, and I’m sure I knew it at the time and surely know it now.

She couldn’t possibly have believed it, and if she did, well, she was wrong. But her words, even if I recognized them as outrageous and alcohol-driven, nevertheless allowed me to believe that I might try to play in that league. I’d never get a Golden Glove or hit for the circuit, but I might be able to sit on the bench. Maybe pitch batting practice, say. Then Peggy asked me about my background, and I said I’d grown up in a middle-class Jewish family in Buffalo, New York. “Then that’s what you should write about,” she said. I don’t think it had ever occurred to me that anyone would want to read a novel with such a setting or that I would ever want to write one. But Peggy Roth, a perceptive and intelligent woman, thought that was what I should write. That didn’t send me rushing to my desk, but it was something to think about. I don’t remember when it all came together, but eventually I found I had a book in mind. Like Simenon’s novel, it would consist of scattered days in a life - not four but seven of them, the titular week in the protagonist’s life. And they’d be strewn over a decade, beginning with her wedding, when she takes her husband’s name and becomes Andrea Benstock.

The days chosen wouldn’t necessarily be the days on which major events in her life happened but would rather be representative days. And there’d be no elaborate recapitulation of what had transpired in the months and years between one day and the next; we’d get that information, but only insofar as it would be apt to come to her mind at each present moment. I don’t keep journals, so I can’t say just when I started work on the book or even when I finished it. It took a while. Because of its utterly episodic structure, it was easy to put it aside between sections and turn to something else, something with the promise of immediate income. I was married to my first wife when I began the book, and that marriage ended in the summer of 1973. I moved into a studio apartment on West 58th Street, and that same year Peggy Roth died far too young of pneumonia. When I finished the book, she was one of its two dedicatees; the other was my stepfather, Joe Rosenberg.