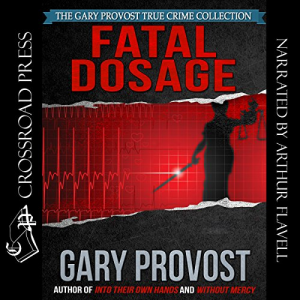 Fatal Dosage: The True Story of a Nurse on Trial for Murder

Becoming a nurse was the realization of Anne Capute's lifelong dream. Now she had everything she wanted - until the nightmare began at Morton General Hospital.

Licensed practical nurse Anne Capute administered a fatal dose of morphine to a dying patient, Norma Leanues. Anne claimed she was following common practice at Morton General, with a verbal approval by Dr. Hillier, to administer unrestricted doses of morphine as a humane antidote to the unbearable suffering of terminal cases.

One day after the death of Mrs. Leanues, Dr. Hillier was off on a European vacation, and Anne Capute was suspended. Three days later she was advised to retain a lawyer - she would be standing trial for first degree murder.

One after another, doctors and nurses with whom Anne had worked so closely testified against her. And the most damaging prosecution witness of all was Dr. Hillier. Suddenly Anne's life's dream was destroyed. And as her personal life, too, began to shatter, there remained little hope of acquittal - or justice.

Anne Capute: a woman on trial for her life. One dedicated nurse battling against the vast influence of the medical establishment. Hers is a true story of courage, drama, and penetrating suspense that no listener will soon forget.