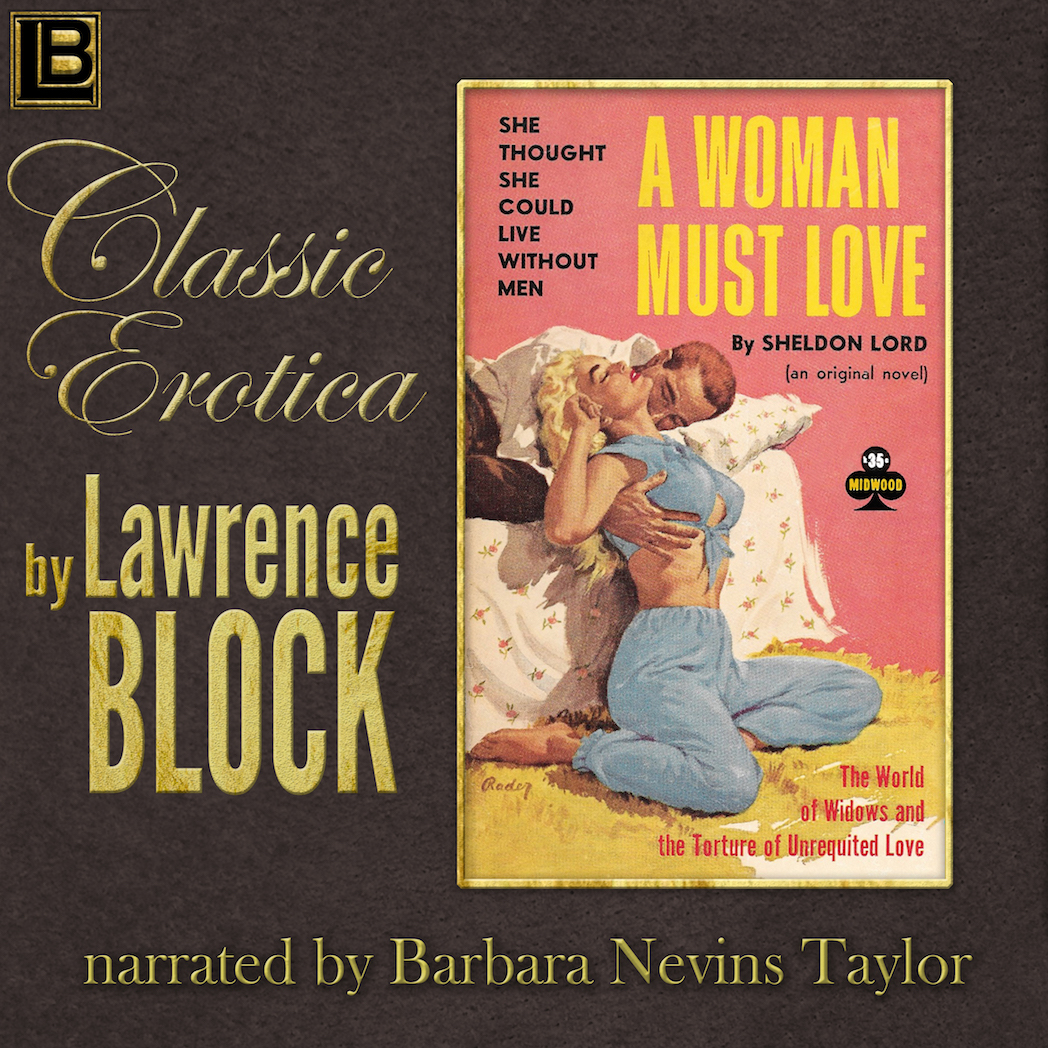 A Woman Must Love

A Woman Must Love is book 12 in the Collection of Classic Erotica series, and it’s never been reissued since Midwood brought it out in 1960. Consequently, I’ve just read it for the first time since I wrote it some 57 years ago.

I remember the circumstances of writing it. I was living in Buffalo at 422 Starin Avenue, in the house where I grew up. Besides writing, I was co-proprietor of a coffee house and nonalcoholic nightclub called The Jazz Center. We hosted some decent musicians. Trumpeter Sammy Noto, who’d quit Stan Kenton’s band because he didn’t like living on the road, led one combo that played our joint with some frequency. Another band was fronted by a dude known alternately as Tommy Green, Tommy Mundy, and Ahmed Khan; his specialty was bongos and bullshit, but he had some good musicians working for him.

One night, Percy Heath of the Modern Jazz Quartet came by late, sat in with our guys, and played a 20-minute bass solo that I wish I could hear again. That part was nice, but we never took a dime out of the place, and after I sold my interest to my partner, an old Trotskyite named Frank St. George, he wound up making the musicians partners so he wouldn’t have to pay them. After he was forced to close down, Frank went on to have a distinguished career as a Buffalo restauranteur.

See, that much I remember. And I remember my writing schedule at the time. I would be at the club or out on the town with the unfortunate young woman destined to become the first Mrs. Block. Then, I’d get home, and I’d have a cup of coffee with my night owl mother before she went to bed around midnight. Then, I’d write until dawn, when I’d have breakfast with my early-rising father. And then, I’d go to bed and sleep until it was time to get up and do it all over again.

As for the novel itself, A Woman Must Love, I can’t say I remembered much. It’s set in Buffalo, in the very neighborhood in which it was written, and I hadn’t even recalled that about the book until I read it on my Kindle. I vaguely remembered that there was a book in which I’d given all the characters English and Irish counties as surnames, and this seems to be the book. Aside from those two elements, I felt like the old boy in the assisted-living center, meeting new people every day.

I was surprised to be reading less the erotic romp the Midwood and Nightstand books tended to be than an out-and-out romance novel. Barbara, a young widow, has vowed to be true to her husband’s memory (even though he’d wished otherwise). She’s courted, and she has a couple of adventures, and there’s a certain amount of coupling in the book of one sort or another, but the damn thing’s a romance, and I have to wonder how I came to write it. It would have been about a year later that my own father died - suddenly, of an aortic aneurysm.

In the years that followed, I might well have gone through some sort of Hamlet/Oedipus Rex crap when my mother resumed dating, though I can’t recall much in the way of conflicted feelings. But the book was way earlier, and where the story came from, I have no idea. Well, never mind. I hope you’ll find things to enjoy in Barbara’s story - Barbara Nevin's Taylor's fine and nuanced narration, of course, and not least of all Paul Rader’s cover art. Long after I’d forgotten the words I wrote, I remembered those vivid pastels.