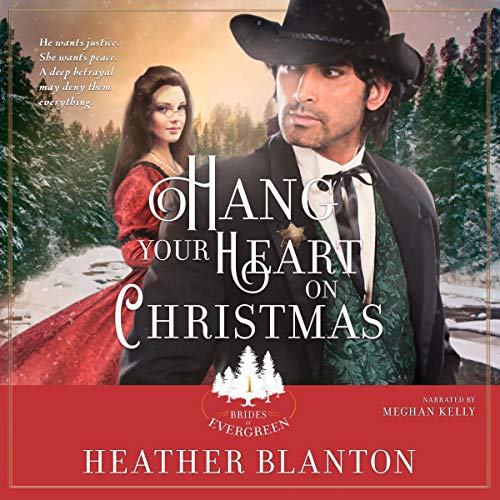 Hang Your Heart on Christmas

A marshal tormented by a thirst for vengeance. A school teacher desperate to trade fear for courage. They have nothing in common except a quiet, little town built on betrayal.

Robert "Dent" Hernandez is a US marshal bent on bringin’ ’em in, preferably upright in the saddle, but draped across it works, too. Less interested in justice than revenge, he uses the badge as a license to hunt for his father’s killers. When an arrest goes wrong and he’s temporarily remanded to quaint Evergreen, Wyoming, to act as interim sheriff, he writhes over the delay to his plans. That is, until he meets the very pretty but suspiciously jittery schoolteacher.

What is she so afraid of? Turns out, a lot of folks in Evergreen are keeping secrets - ones that may shake the foundation of everything in which Dent believes.

An old-fashioned Western, Hang Your Heart on Christmas comes across like an episode of Gunsmoke. Packed with drama, a tantalizing mystery, and a heartwarming romance, you'll come back to listen to this lawman's story again and again.