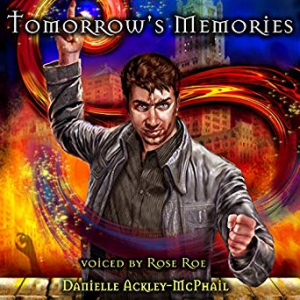 With triumph heavy on their hearts, Kara O'Keefe and the survivors from the battle atop Yesterday's Dreams rush to Ireland and Tír na nóg, carrying with them a weapon feared by gods and men. There they seek solace and healing for their warriors, and a miracle for Patrick, Kara's father, mortally wounded in the battle.

What they find is a siege of ancient enemies. Carmán's children have returned, united with a foe from the very dawn of the Tuatha de Danaan. Their combined forces threaten to be more than the immortal Sidhe and their human allies can combat.

Still coming to grips with her magical heritage, Kara must once more face

ultimate evil and help to save the immortal bloodline from which she is descended.

This is book two in the Eternal Cycle series.