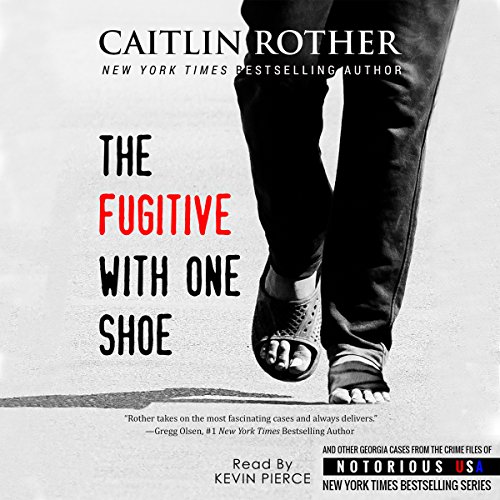 The Fugitive With One Shoe: Georgia

Welcome to Georgia, where the all-mighty dollar trumps mercy and lawfulness on an all-too-regular basis. Where hit men can be hired for small sums and lovers can be manipulated into killing innocent people, all out of greed.

One of the nation's best-selling crime writers, Caitlin Rother, has put together this astonishingly good look at some of the Peach State's most fascinating crime stories in this volume of the New York Times best-selling series, Notorious USA.

In the first story, the socialite wife of a multimillionaire is fatally shot by a flower delivery man on the day of a key divorce hearing. After sending authorities on a global fugitive hunt, the man responsible is brought back to face justice 20 years later, wearing only one sandal on his gout-ridden feet.

In the second, a crooked businessman trying to go straight is shot in his driveway by a hit man wearing a ski mask and camouflage gear - one in a nationwide series of contract-for-hire murders, advertised in the classified-ad pages of Soldier of Fortune magazine.

And finally, a Gulf War veteran and father of three is kidnapped, beaten, and stabbed by the lover of his on-and-off-again wife, who wants to collect life insurance benefits and pay off her house. The lover makes a deal for a life sentence and a chance at parole, while the wife gets the death penalty. She becomes the second woman ever to be executed in Georgia, even after the Pope, other faith-based advocates, and two of her children fight for her clemency, citing her dramatic repentance and rehabilitation through religion.