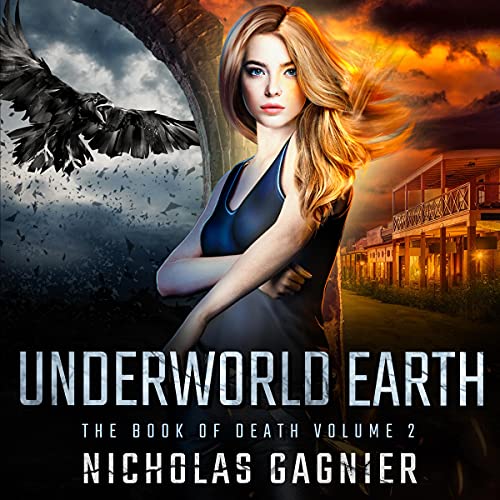 We are the unhinged.

History is in pieces. A time-traveling celestial being has interfered in the natural order, resulting in a series of butterfly effects that have reset the world as we know it. In Manhattan, the Twin Towers stand. Russia has collapsed and China is the dominant world superpower as America draws further into itself.

In New York, a suicidal immortal named Harper Whitaker finds every attempt to end her existence futile. But when the supreme realm of Atlas comes calling after the release of a deadly plague, Harper is forced into reversing the paradox. Assigned to murder seven reincarnated individuals, she must navigate an unrecognizable America to accomplish that goal.

As the remnants of humanity turn to tribalism, murder and ransacking, the lone immortal’s list of assassination targets comes with a caveat - not all of them deserve to die, and some may be instrumental in rescuing humanity’s soul from the carcass Earth has become.

Can Harper put the greater good before her death wish? And even if she can, what will be left for her afterward?

Epic science fiction meets post-apocalypse in the second volume of the Book of Death.