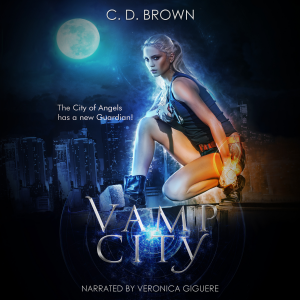 Vampire noir in the City of Angels!

All Sophia Fontanelle wanted was to be left alone. On the run from New Orleans and its vampire council, she heads to Los Angeles to start a new life. But when The Caballero, the ancient peacekeeper rumored to be the great Zorro himself, is murdered, Sophia finds herself caught up in a fight to clear her name. Threatened by a 1950’s era gangster turned vamp by the Caballero himself, can she survive in VAMP CITY?