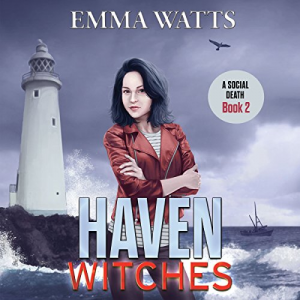 All Kelly Winters wanted was a quiet, simple life in the small coastal town of Haven, and for a time, she got that, until dead bodies began piling up, and she discovered she was a witch. Now, it’s all magic and mayhem.

Fortunately, Kelly isn't alone, and she's on the fast track to mastering these spells.

So when a YouTube convention set to take place in Haven is ruined when one of the main speakers is mysteriously found murdered, and police have her brother pinned as the primary suspect, she has no other choice than to investigate.

But dark forces are at work, the clocks ticking, and not everyone is telling the truth. Now, Kelly must expose the killer and unravel the secrets before the darkness takes hold.

This time the battle is personal, and she won't back down.