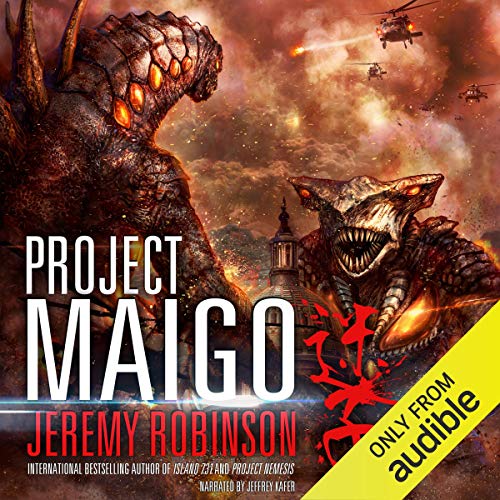 Jon Hudson, head of the Department of Homeland Security's Fusion Center - Paranormal Division, is haunted by Boston's destruction at the hands of Nemesis, a 300-foot-tall monster with the heart of a murdered little girl, Maigo. In the time since Boston fell and Nemesis retreated to the ocean's depths, Hudson has helped prepare the United States against future attacks. But no one is prepared for what rises from the depths.

Five Kaiju attack cities and consume the world's citizens in an unstoppable rampage around the globe. But it soon becomes apparent that these attacks aren't all random events. Hudson is targeted, putting the FC-P headquarters, known as the Crow's Nest, and his team, in the very large crosshairs. General Lance Gordon, a man who carries Nemesis' vengeful heart in his chest, directs the Kaiju, and when Hudson finds protection from an unlikely source, the General turns his attention to his next target.

While Gordon and his Kaiju storm toward Washington, D.C., Hudson, along with his team and some new and unusual allies, race to stand in their path, hoping to spare the nation - and the world - from destruction. But salvation at the end of all things will come only through the gravest of sacrifices.

With Project Nemesis, Jeremy Robinson introduced the world of popular fiction to Kaiju, a word that has become popularized by the movie Pacific Rim, and is associated with classic movie monsters such as Godzilla and Gamera. In the year since the release of Project Nemesis, the audiobook has become the best-selling original Kaiju novel of all time, and it is being featured in the video game Colossal Kaiju Combat: Fall of Nemesis. In Project Maigo, Robinson amps up the scale, the characters and the city-stomping action, treating listeners to a truly monstrous experience typically reserved for the big screen.