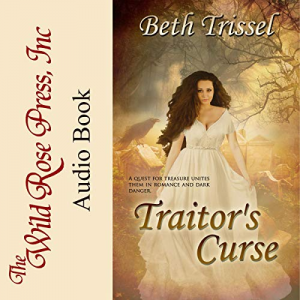 Captain Stuart Monroe returns home from the Revolutionary War to find Thornton Hall threatened by a peacetime foe: debt. He knows the location of a treasure amassed to pay for the capture of Benedict Arnold that would restore his manor to its former glory. The catch: It's hidden in the graveyard and coveted by old enemies.

Hettie Fairfax inherited the Sight from her Cherokee ancestors, and her otherworldly visitors warn her, and Stuart, away from the buried treasure. Half-dead from fever, she delivers a message: The treasure is cursed. But will he believe a girl half out of her mind with illness? Even when a very real enemy attempts to poison her?

Stuart soon wants to marry Hettie, but she fears her "odd ways" will blemish his reputation. The spirits have their own agenda, however, and the battle against darkness tests everything the couple holds dear, including their love for each other.