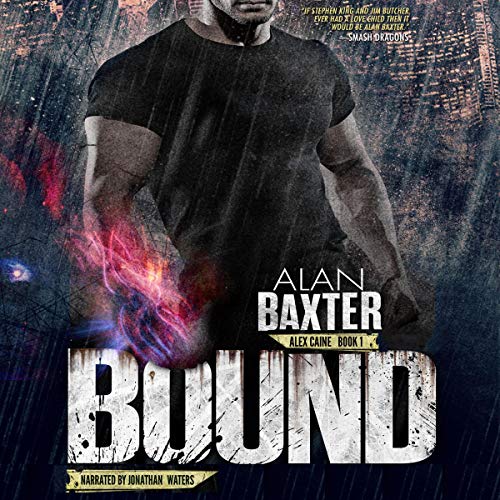 Alex Caine is a martial artist fighting in illegal cage matches. His powerful secret weapon is an unnatural vision that allows him to see his opponents’ moves before they know their intentions themselves.

An enigmatic Englishman, Patrick Welby, approaches Alex after a fight and reveals, ‘I know your secret.’ Welby shows Alex how to unleash a breathtaking realm of magic and power, drawing him into a mind-bending adventure beyond his control.

And control is something Alex values above all else...

A cursed grimoire binds Alex to Uthentia, a chaotic Fey godling, who leads him towards chaos and murder, an urge Alex finds harder and harder to resist. Befriended by Silhouette, a monstrous Kin beauty, Alex sets out to recover the only things that will free him – the shards of the Darak. But that powerful stone also has the potential to unleash a catastrophe which could mean the end of the world as we know it.