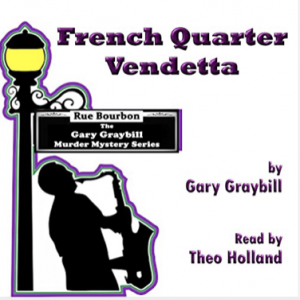 French Quarter Vendetta is an old fashioned whodunit. Set in historic, fun loving New Orleans, the plot untangles a tale of murder, mystery, betrayal and jealousy. Follow along as Lieutenant James "Gator" McNeal and his team wade through a list of suspects that include a union president, a state senator's wife, a jealous mistress, a spoiled stepson, an ambitious assistant, a union thug and even a street kid and two-bit drug dealer. Along the way you'll run into a strange, cryptic vision, the power of a gris-gris bag and even a voodoo curse. You won't be able to put it down until the very end when Gator brings everyone together and reveals the murderer.