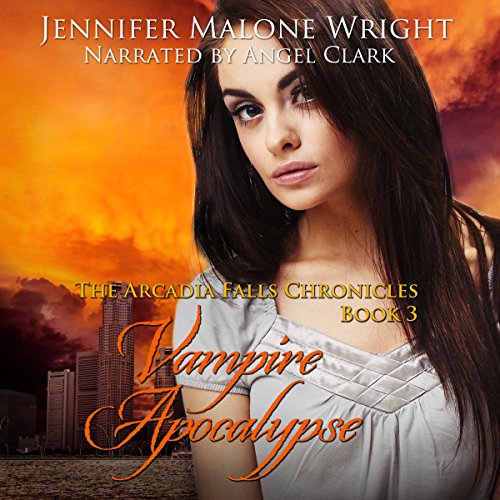 Society now knows of the vampires that roam the world. The creatures of the night no longer hide from humans. Instead, they are attacking on the streets, in plain view, either killing them or turning them into one of their own.

Six months have passed since Chloe and the other Hunters took down the vampire business tower, The Talon Building. Dahlia, a beautiful yet wicked vampire, warned Chloe that by destroying their business she had started the vampire apocalypse, and that each and every vampire turned would be on Chloe's conscience...and she wasn't kidding. The vampire apocalypse was upon them.

The group dynamic has changed in the six months that have passed. Chloe has hardened, becoming a heartless vampire killer. The young Hunters are forced into a new home, with the barrier still up around Arcadia Falls and Chloe unable to cross it. Worst of all, the community of Arcadia Falls has shunned Chloe, knowing that she was the cause of the first vampire outbreak in history to go public, allowing every single human being on earth to learn about vampires.