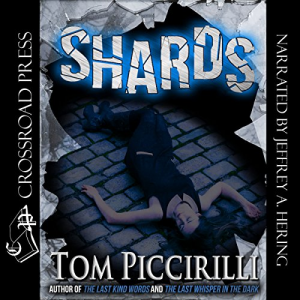 After the break-up of his latest relationship, Nathaniel Follows meets beautiful, wealthy, and melancholy Susan Hartford; their rapport is immediate. She invites him to her home for a grandiose birthday celebration, and Nathaniel finds that Susan's life is not as enviable as it seems - in the midst of the gathering he realizes there is a wall of fear around her, and that her self-deprecation has a decidedly violent streak.

Susan is both mentally and physically scarred, and after a brief sexual interlude with Follows, she jumps to her death from a window in the Hartford's palatial Southampton home! Helpless to have prevented her death, and unsure of what part he's played in it, Nathaniel grows obsessed with understanding the cause of her suicide.

In his search, he learns that she had a cocaine habit supplied by her former boyfriend, a classy, amiable, yet dangerous nightclub owner. The wounds, welts, and scars cross-thatching her body were caused with sadistic precision by a genuine master at inflicting pain. The trail leads him to both Susan's ex-boyfriend - a polite and bookworm-ish man on the outside, but a loose cannon within - and to her sister, Jordan Hartford, a woman with her own ferocious tastes.

As he hunts, he is hunted, barely surviving attempts on his life. Growing increasingly fixated, and stumbling over the shards of his own life as repressed memories of his brother's crimes seep into the present, Nathaniel finds himself trapped between the police, who are suspicious of his involvement, and the forces lurking behind Susan Hartford's death.

Shards is a mystery at its best, but it's also the story of living with the pain of the past - or dying of it.