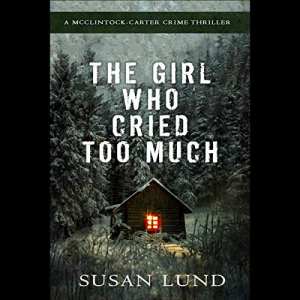 The Girl Who Cried Too Much

With the closure of the oldest cold case in Paradise Hill, and the potential closure of two more, amateur sleuth and crime reporter Tess McClintock continues to work with FBI Special Agent Michael Carter. When doubts about the killer's identity arise, Tess and Michael to dig deeper into the cases, with help from members of The Missing - the internet sleuth group Tess belongs to.

A killer enjoying the mayhem

While they get closer to the truth, Tess and Michael also grow closer, and their budding romance complicates the investigation. The real killer continues to target Tess, toying with her and Michael while he plots his next move.

New evidence suggests another suspect may have been involved and police and FBI Agents rush to investigate, struggling to separate fact from fiction.

The Girl Who Cried Too Much, the second book in the McClintock-Carter Crime Thriller Series, follows Tess and Michael as they fight to stop a ruthless killer before he strikes again.