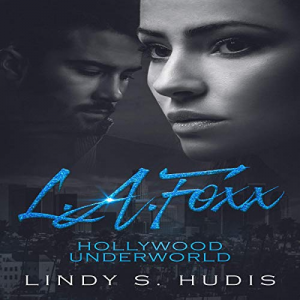 Dani Foxx is a gorgeous, sexy, and spirited Los Angeles personal manager to the stars of tomorrow. She has spunk, guts, and a take-no-prisoners attitude. She has brains, courage, beauty, and nothing gets in her way. Dani lives in the Woodland Hills section of the San Fernando Valley with her beautiful teenage daughter Dale. Together, they survive and protect each other in the world’s most glamorous and sin-filled city.
Dani is a former actress and model, having appeared on the daytime television drama Paradise Beach. She is all too familiar with the pitfalls, dangers, and perils that occur within the City of Angels. Being tremendously aware of the sordid underbelly of Los Angeles and the often fear-provoking events that can happen, she now uses her talents and aptitude to assist others who have found themselves in the many harrowing situations she is very acquainted with.
Her best friend, the dashing and charismatic A.J. Tarentella, was raised in a ruthless crime family. Being the son of a mob boss, he fought his way to the top with honor, loyalty, and pride. He is now the proud owner of the Tarantella Agency, an immensely respected private investigation company located in the heart of Beverly Hills. He used his father’s work ethic, connections, and family ties to build his powerful business empire, and now he is always there to help those in need.
Together, A.J. Tarentella and Dani maneuver through the puzzling and dangerous underworld of Los Angeles, finding themselves racing for survival. From the very beginning, they were destined to be a lethal and dynamic combination.
When the sordid underbelly of Tinseltown hits Dani's personal life and family, she has to use every ounce of strength and fearlessness she has. To get through the frightening maze of her precarious life, Dani has got to take chances: risks that will test her strength, willpower, and her family.
The famous and infamous will test her and tempt her with undeniable sexual charms, extreme power, and enormous wealth and thrust her forcefully into the wild side of Tinseltown where everybody has lethal secrets and ruthless ambition.