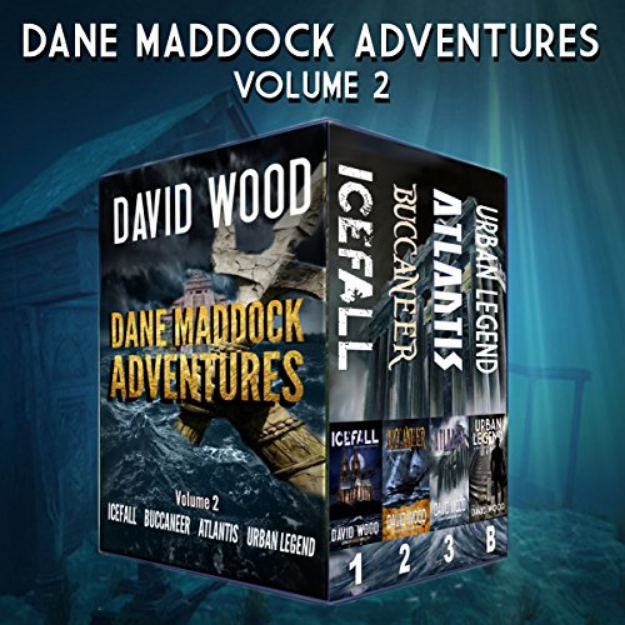 "Classic adventure for the modern reader!"

Looking for action-packed adventure filled with lost treasures and ancient mysteries? Dane Maddock and his partner Bones span the globe taking on forces bent on the world's destruction. This collection includes books four through six of the Dane Maddock Adventures series, plus a bonus novella.

The bones of the Magi have been stolen from their resting place in a German cathedral. When a dying priest whispers a cryptic clue, Maddock and Bones find themselves in the midst of a deadly race to solve a centuries-old conspiracy. Danger lurks at every turn and no one knows where the clues will lead...or what they will uncover. From ancient cathedrals, to hidden temples, to icy mountain peaks, Maddock and Bones must outrun and outwit their enemies in the thrilling adventure- Icefall!

For more than two centuries the Oak Island Money Pit has baffled researchers and foiled treasure hunters, and when Dane Maddock and Bones Bonebrake take up the search, they get much more than they bargained for. Danger lies at every turn as they search for a treasure out of legend that dates back to the time of Christ. Ancient wonders, hidden temples, mythical creatures, secret societies, and foes new and old await as Maddock and Bones unravel a pirate's deadly secret in Buccaneer.

What is the true story behind the fabled lost continent of Atlantis, and what power did the Atlanteans wield? When archaeologist Sofia Perez unearths the remains of an Atlantean city, she unwittingly gives the Dominion the power to remake the world after its own design. From the depths of the Caribbean to the streets of Paris, to Japanese islands and beyond, Join former Navy SEALs turned treasure hunters Dane Maddock and "Bones" Bonebrake on a race to stop the Dominion from unleashing its greatest threat yet in the thrilling adventure, Atlantis!