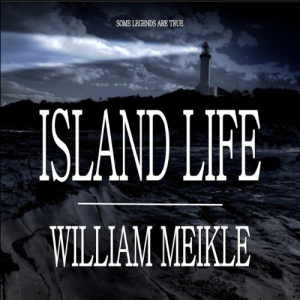 On a small, sparsely populated island in the Scottish Outer Hebrides, a group of archeology students are opening what seems to be an early Neolithic burial mound. Marine biologist Duncan McKenzie is also working on the island, staying with the lighthouse caretakers, Dick and Tom, while he completes his studies of the local water supply.

One afternoon the three men are disturbed in their work by the appearance of a dazed female student from the excavation, who is badly traumatized. She tells of the slaughter of the rest of her party by something released from the mound.

Soon everyone Duncan knows is either missing or dead and there are things moving in the fog. Large, hulking, unholy things. Things with a taste for human flesh.