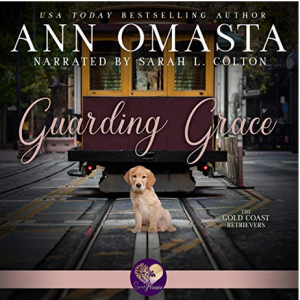 The puppy that stole their hearts is missing!

Grace Wilson loves the wonderful life she has created with her daughter in picturesque Redwood Cove, California - even if she is a bit lonely. To add to their family, mom and daughter adopt a sweet “golden wetweevuh” puppy. And they’re not the only ones who think Star is, well, a star. A television show casts the pup for a role, but it’s the cohost that has Grace’s heart doing tricks.

Dash Diamond is a local celebrity with a megawatt smile. He is less than thrilled when his show’s producers inform him that a puppy has been cast in a new role. But his new costar comes with an owner who makes Dash see stars when he looks at her.

When Star is puppy-napped and held for ransom, all attention goes to her rescue. Grace and Dash can’t act on their undeniable romantic spark of attraction while the pup is possibly in danger. Star is the missing piece. Will they find her in time to complete their puzzle?