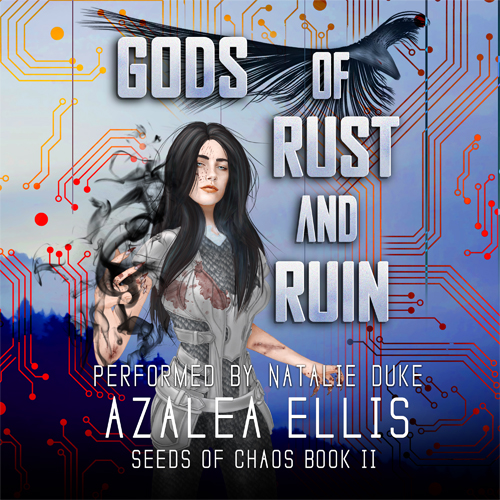 Gods of Rust and Ruin

I made a horrible mistake.

Some fates are worse than death.

I thought at least my mind was safe from NIX, that my choices were my own. I thought I could trust my allies. I was wrong.

Now we all have to pay the price.

A new, seemingly impossible quest from the Oracle has seared itself into my brain. Enemies are watching our every move. NIX is experimenting on my brother.

And my new power is eating me alive. Literally.

What is NIX planning? Can I keep my condition a secret long enough to get us out of here? Is the genocidal, half-crazed alien imprisoned below our only hope of salvation?

And if so, can we manage to free him...without getting ourselves killed?