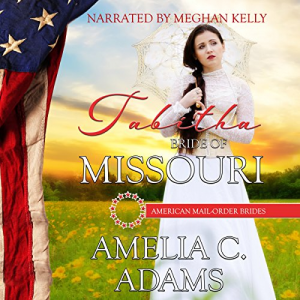 Tabitha: Bride of Missouri is the 24th in the unprecedented 50-book American Mail-Order Brides series.

An orphan since she was 10, Tabitha Phillips was raised by a cousin who resented her, and she went out on her own as soon as she could. When the factory where she was working burned down, she was forced to return to her childhood home under the scrutiny of her critical relatives.

As an employee at the post office, Tabitha isn't supposed to become involved in the doings of her customers. But when one young man's heart could be broken by a thoughtless letter, she sees a chance to make a difference...for herself as well as for him.