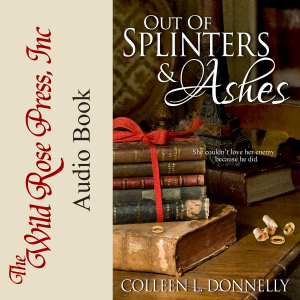 Out of Splinters and Ashes

Cate is a runner. She prefers to help her fiancé run his New York senate race, but she finds herself running instead to fix what’s broken between her grandparents before he finds out - her grandmother has moved out of the family home, and her grandfather is accused of a pre-WWII relationship with a woman in Germany.

Dietrich is a German journalist with a spotless reputation. He prefers facts, but he finds himself lost in a world of fiction instead to prove his novelist grandmother couldn’t possibly have been the lover of a US runner in Berlin’s 1936 Olympics - especially when that runner’s granddaughter is Cate, a stubborn obstacle he should but can’t ignore.

Cate runs hard to cover up what Dietrich uncovers, until he shows her how it could have been - and how it could be again - that one can indeed love an enemy.