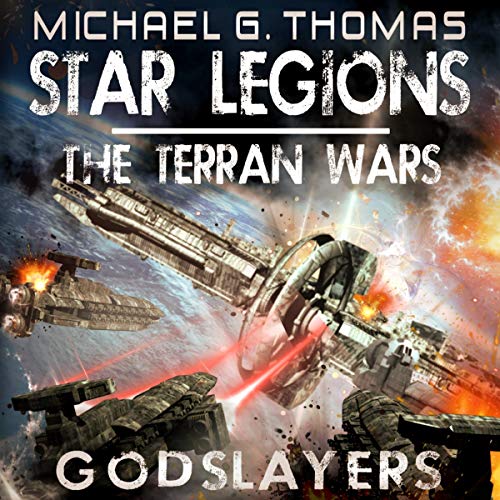 Imperial forces launch a brutal assault against the Terran leadership at Krysokeras, leaving behind a trail of bodies and devastation. The callous brutality stuns the Terrans and guarantees there can be no peace with the Empire. Even worse, there are rumours that the Imperial Satrap Tissaphernes is forming an alliance with numerous warlords. The alliance is massing a gigantic fleet of levied soldiers and mercenaries to wipe out the Terran forces of King Agesilaus.

King Agesilaus calls for his best Terran commanders, including Princess Kyniska and General Xenophon, as well as the mighty warlord Lysander to lead his armies against Tissaphernes. It is no longer a war of conquest, but a holy war of revenge, and only one side will survive the bloodbath. Yet Tissaphernes is no fool. As the Terrans prepare their knockout blow, he devises a trap of his own. He will do whatever it takes to see the Terrans fail, and to present a gift of the head of King Agesilaus to the Emperor. As the vast armadas converge for the final, decisive engagement, the stage is set for the greatest battle of our time.

The Terran Wars by Michael G. Thomas is a thrilling military science fiction series that retells the greatest stories of the ancient Greek world. Heroes like Xenophon, Agesilaus, Lysander and the warriors of Athens, Thebes, and Sparta clash with the unstoppable might of the Persian Empire in futuristic combat among the stars!