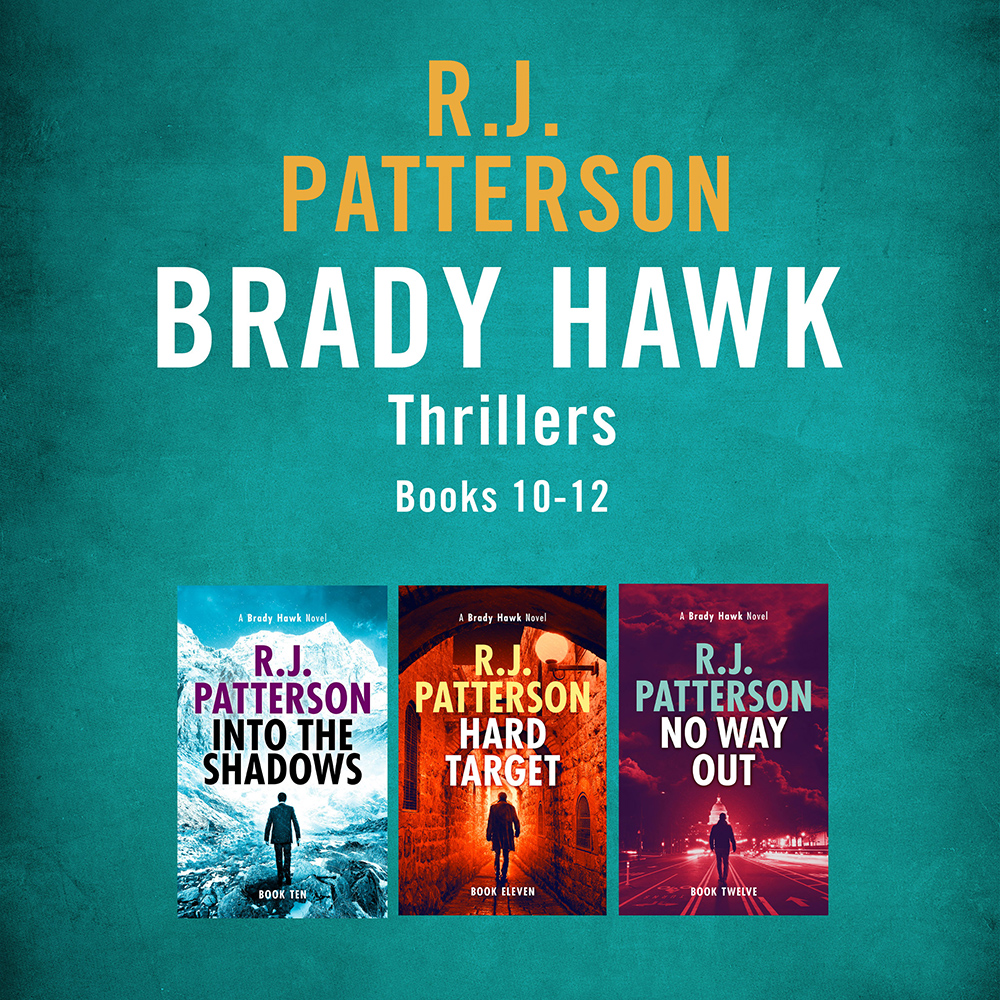 To those with the highest security clearance, it’s a line item known only as Project X. But to the half dozen agents and personnel working for it, it’s known as Firestorm, a black ops group so dark that the U.S. President doesn’t even know about them yet. And no agent is as skilled as Brady Hawk.

INTO THE SHADOWS, Book 10 :: Facing serious accusations voiced by President Michaels, Brady Hawk goes dark, disappearing in the Middle East. However, when he reconnects with a friend from his Navy Seal days, Hawk learns the true depth of Michaels’ depravity and resolves to put an end to it once and for all.

Working remotely with the Firestorm team, Hawk must gather evidence against the president in preparation for a confrontation. But when his plan goes awry, Hawk must call on every favor and get resourceful to salvage his ultimate mission—and survive the wrath of the president.

HARD TARGET, Book 11 :: Upon learning about the theft of a new weapons system by Al Hasib, the Pentagon braces for the worst. Yet they have no idea where the terrorists will strike first. When the United States’ best intelligence and military organizations run into a brick wall, they turn to Brady Hawk and the Firestorm team for answers.

Hawk must uncover Al Hasib’s intended target and capture the weapons system before it’s too late. But in order to succeed, Hawk must come face-to-face with his arch nemesis Karif Fazil in a high-stakes showdown.

NO WAY OUT, Book 12 :: In this globe-trotting thriller, terrorist mastermind Karif Fazil turns the tables on black ops assassin Brady Hawk in a play to remove the terror cell’s biggest threat for good. Hawk’s weaknesses are exposed, leaving him vulnerable—and endangering the lives of all those around him that he cares about the most. Backed into a corner, Hawk must decide who lives and who dies with no way out.

Grab this box set of the first three books in the Brady Hawk series. You won’t be disappointed. Fans of Vince Flynn, David Baldacci, and Brad Taylor are loving this new action thriller series!