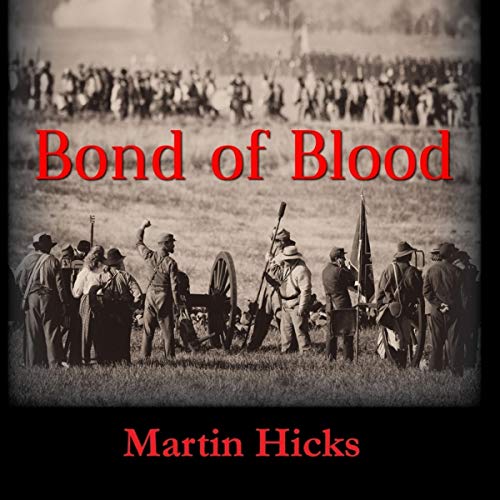 Bond of Blood tells the story of two Irish brothers, each of whom makes the life-changing journey to the new world as the second half of the 19th century draws on. Thomas and Michael Casey are linked by blood, but find themselves on opposite sides of the US Civil War conflict.

Martin Hicks lives in Fraserburgh, Scotland, and began writing after a career in education. He has published a series of US Civil War books, and Bond of Blood is his eighth title.