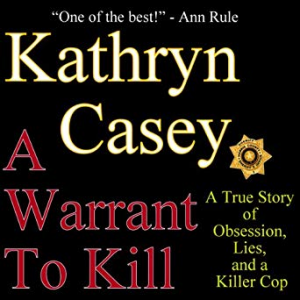 A Warrant to Kill

Problems had always followed Susan White, but when she remarried and moved to Houston's posh suburbs, she thought the past was behind her - until she met a deputy sheriff named Kent McGowen who would soon become her worst nightmare.

McGowen was an aggressive cop with a spotty record. When Susan rebuffed his advances, she claimed he stalked and harassed her, using her troubled teenage son as bait. And then, in an act of arrogance and revenge, he made good on his threats, setting her up for the kill.

In A Warrant to Kill, Kathryn Casey meticulously pieces together the tragic shards of the case to create a riveting story of vengeance, fear, and justice - of the terrifying power a badge can have in the wrong hands.