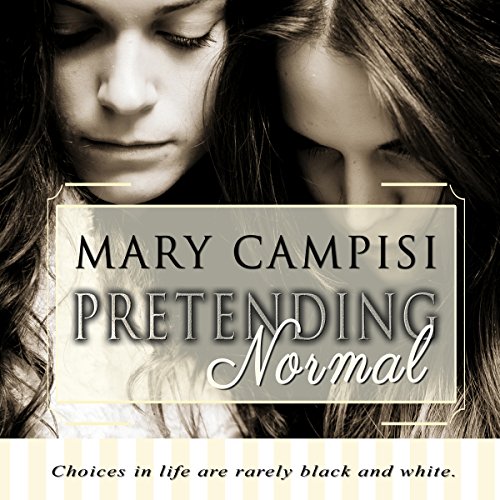 1976 -Sara Polokovich wants out of Norwood, Pennsylvania, population 4,582, where the undertaker and the butcher are the same person. All she has to do is earn a scholarship. Just two more years...but until then, she pours over classics to strengthen her comprehension skills, reviews for the SAT, and continues to request college brochures from every school in the northeast.

Sara's just buried her mother, her father drinks too much, and her kid sister won't leave her alone. Why can't her life be normal? Even half-normal? Why does Frank, (she refuses to think of him as her father anymore), spend all of his time in the garage with that damn '57 Chevy? And why does he have to hide bottles all over the house; in the red metal cupboard in the garage, behind the faded orange curtain in the kitchen, under the sink in the bathroom? Why can't anybody talk about what's happening?

As Sara struggles to free herself from a life of dysfunction and disease, she will learn the true depths of a parent's love and the ultimate sacrifice given - and taken - in the name of that love. Pretending Normal follows Sara Polokovich's coming of age as she discovers the truths about family with all of its flaws and weaknesses as the bond that holds one to another, in love, loyalty, even death.