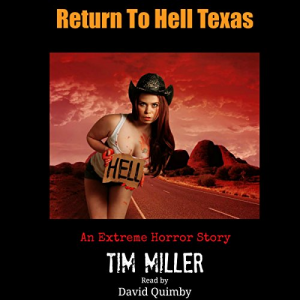 *** Extreme Horror - not for the squemish***
Many years ago, a group of travelers took a doomed trip through Hell, Texas. Not long after their fateful journey, the town was discovered by Texas DPS Trooper Garrett Parker. Garrett was promoted to Texas Ranger as a result of his heroics. Over a decade has passed since that fateful day. Yet something terrible is happening again.

Motorists are vanishing without a trace and now children are disappearing from El Paso in record numbers. Garrett is sent back to the area to investigate. There is no way a town like Hell, Texas, could still be functioning, but he can't help the impending feeling of dread as he Returns to Hell Texas.