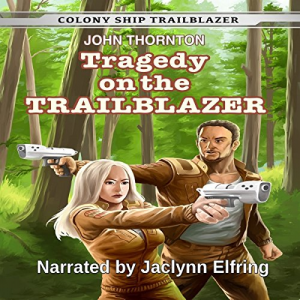 Tragedy on the Trailblazer

In book two of the Colony Ship Trailblazer series, the adventurers from Dome 17 on the dying Earth are on the old colony ship, but things have not gone as planned.

Janae and Ken reluctantly answer that call, but what awaits as they venture into some of the unknown reaches of the Trailblazer? What is the nature of the crisis? What people are in danger? And who sent them the message and why?

Just exactly what will be revealed as the Tragedy on the Trailblazer?