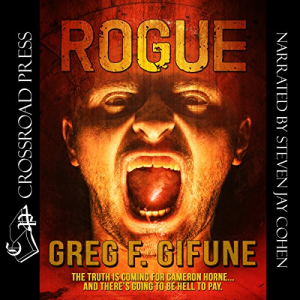 Cameron Horne has it all: an intelligent, beautiful, and loving wife, a great home, and a successful and important career. His life is the American dream come true. Until things begin to change.

Without warning, he exhibits strange behavior he can't seem to control, loses time and memories, has horrific nightmares, and finds blood on his hands that may or may not be his own.

When a mysterious young man who seems to know the future begins appearing in Cameron's backyard, things go from bad to worse. As voices and visions flood his mind, and shadowy figures watch his every move, something deep inside him comes awake, manifesting in acts of extreme rage and violence.

Is he losing his mind, or is something evil stalking him, possessing him from within and turning Cam from the mild-mannered man he's always been into someone else...something else....

The truth is coming for Cameron Horne, and there's going to be hell to pay.