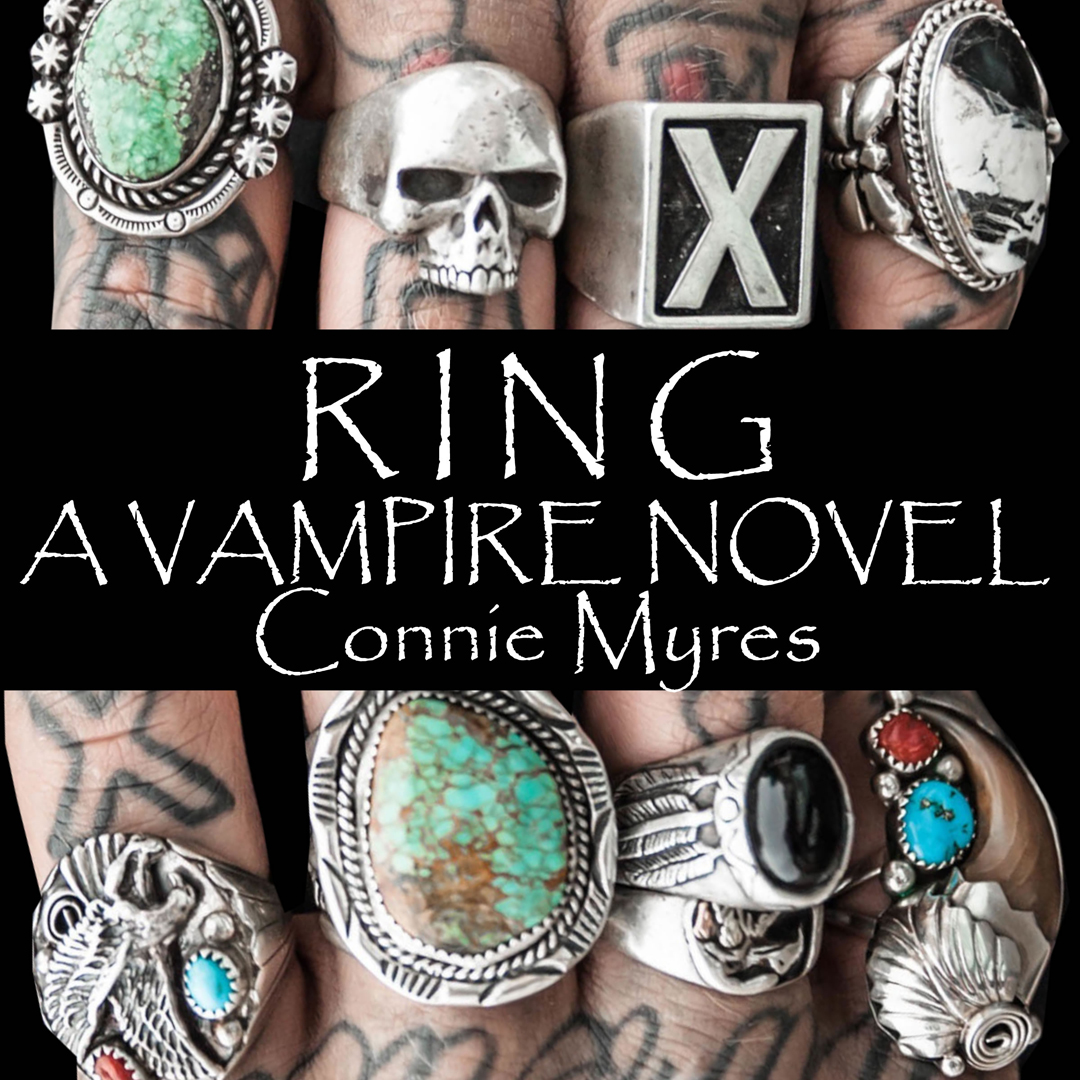 Bloodthirsty vampires, obedient gargoyles, and a creepy castle on the shore of Lake Michigan, just might give Cassie the alternative future that she thought she wanted.

Cassie co-owns C & N Rare Books with her best friend Nicole in Black Water, Michigan. Desperately wanting to be a wife and mother, she decides her longtime boyfriend Derrick is the man she should marry, even though he wasn’t everything that she thought she wanted in a husband. Then an intriguing man enters the shop and Cassie reconsiders her options. Maybe Gustave was the right man for her—fate stepped in just in time.

Will bookstore owner Cassie Fields marry her longtime love and have children before her biological clock runs out, or will the mysterious man and the found ring drive her to madness, causing her to lose everything she's ever wanted?

Vampires, obsession, and a series of haunting events plague Cassie and influence her life decisions. Can she break the hypnotizing pull of the mysterious stranger, Gustave Veil?

"Remember the vampires of Dracula, this book will take you back to that era and give you so much more.

Lately, Vampires have been all the rage, but not the vampires of old, Dracula; they are new, romantic and everyone wants to be with them or be them. Well this is definitely not one of those stories! Ring, by author Connie Myres is more along the lines of the old Dracula style vampires. Which makes it that much more enjoyable to read, its different, unique and a story entirely unto its own.

Cassie is the co-owner of a rare bookstore, she has a steady boyfriend, but it isn't exciting, it's comfortable and although she wants a family and marriage, she is getting older every day and her chances of becoming a mom are quickly passing her by, she isn't sure if she is ready to settle for comfortable. When a charismatic customer with a hand full of rings comes into the bookstore looking for a rare book, Cassie feels drawn to him in ways she doesn't understand. So much in fact that she says No when Derrick, her comfortable boyfriend asks her to marry him, just so she can explore what this pull is all about. Unfortunately for Cassie this pull isn't anything that love stories are made of, it has hints of evil and a twisted nature, as she finds out when she stops by his "home" to deliver the book.

Gustav is a vampire, and not just any vampire, he is the leader of this small clan living in Michigan in an ancient castle hidden away on the coast of Lake Michigan. Cassie feels pulled to him, but at the same time repulsed by the some of the other people living with him, although she doesn't know why. After a bottle of wine, Cassie is forced to spend the night, but she awakens during the night and over hears things not meant for her ears, that enlighten her into what is actually going on, and Cassie loses the attraction and it becomes a fight for survival.

Cassie also has loyal friends, some old and some new. Like the seer that she meets on the drive to Gustav's, they have only met once yet Kriska is more than willing to fight old demons and memories to help Cassie when the time comes. Then there is Cassie's business partner and best friend Nicole, who will risk life and limb to get Cassie away from Gustav, even before she knows anything about him. Even Derrick, the comfortable boyfriend shows his true colors when the time comes.

This was not the light-hearted romance story of vampires that has been making the rounds in books lately, this was darker and older, but it was such a good story. There were backstories from side characters that made you feel like this was not just Cassie's story, but that the tell had been going on for a long time and Cassie was just one player in the whole story. It was well written and kept me engaged the whole way."