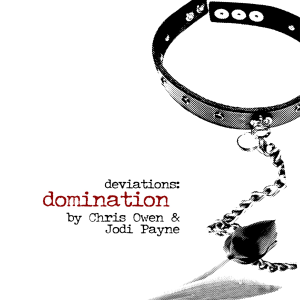 In this sequel to Deviations: Submission, Dom Tobias and Sub Noah are back, learning more about each other and their relationship, testing the boundaries of what they can and cannot handle, both together and apart. Tobias works at becoming more comfortable and finding his balance as a full-time Master again. Meanwhile, his work brings out the true submissive in Noah, who faces some of his greatest fears, and his greatest secrets, confessing to Noah about a terrible time in his past.

He's not the only one who has a rough time. Tobias breaks down and shows Noah he's not all dominance, too, which sends shockwaves through their romance, leaving them to wonder if they can keep it together.